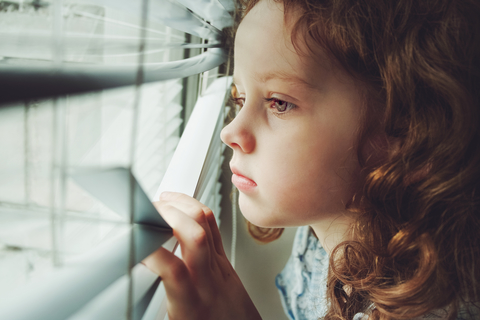 There was once a child who lived in a bungalow. The rooms in her house were all on one level which made the house, above all else, accessible. Her bungalow was not the only bungalow in the neighbourhood. Indeed, the whole subdivision was made up of bungalows, all of which varied in style or layout to some extent but familiar and accessible in every other way. The bungalow was a happy and safe place for the child to grow up – busy and crowded and full of people she knew and loved. 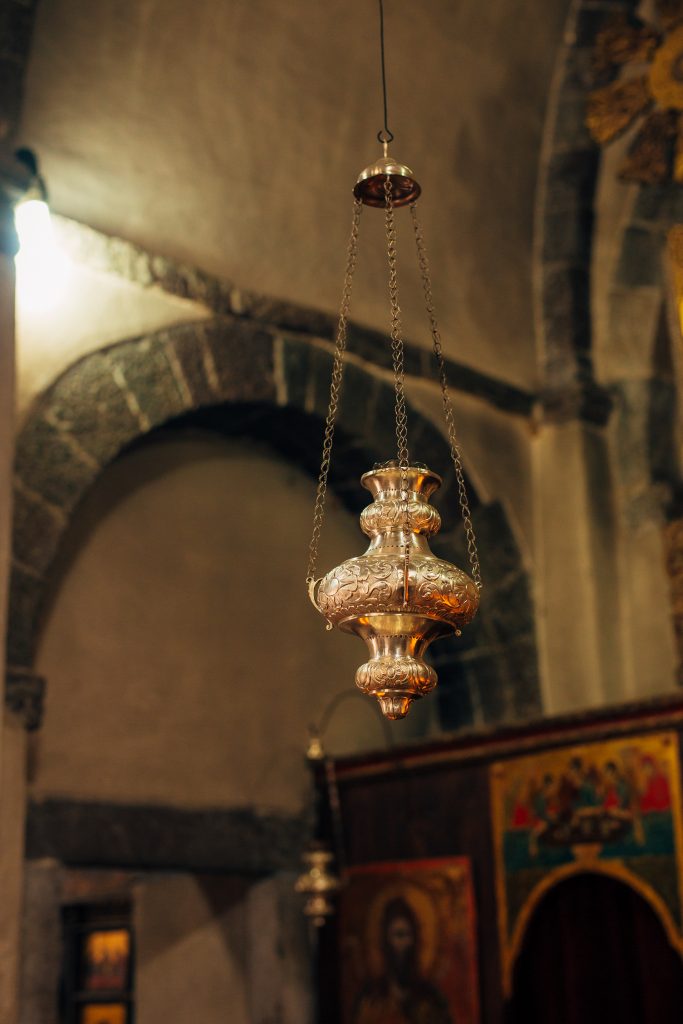 One day while the child was outside at play in her neighbourhood she wandered off. Like the children in other allegorical stories who wandered off from the appointed areas of play, her wandering wasn’t a pre-meditated affair. It was not an act of defiance or restless exploration. It was simply that one curiosity on her path led to the next and before she knew it she was quite some distance from her point of origin.

When it came to her attention that she was in an unfamiliar part of the neighbourhood she did not feel panicked or anxious. To the contrary she felt intrigued and adventurous repeatedly negotiating with herself that she would go just one more block before turning back.

And so it was that – without a map or any directions, but on account only of her own curiosity and instincts -she came upon a house unlike any she had ever encountered before. And she was astonished by it for it was a house with multiple stories extending upwards and outwards in every direction. And what astounded her more was that this house, if one could call it that, was in the very neighbourhood in which she had grown up and yet no one had ever spoken of it to her before. 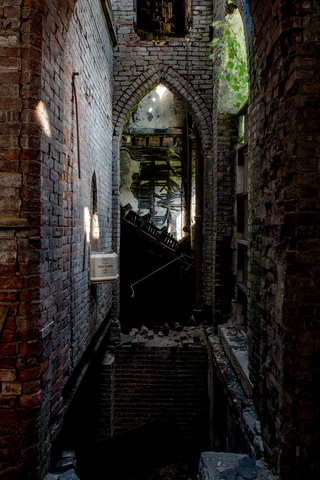 That night back in the familiarity of her own bungalow she asked about the house she had come upon. At first the adults in the house responded with surprise that she had ventured into such close proximity to the house and seemed more concerned with how she got there and why she had gone.

However the girl persisted with her quest for an explanation. Finally she was told what her heart had already guessed at. “That house”, she was told, “was the home of your ancestors”. The little girl listened. “Indeed once, long ago, there were no bungalows in this neighbourhood, only the Great House in which everyone lived.’ Her adults explained that they themselves had never been inside but her grandparents manygenerations back lived there. “It was the only home they knew”.

“Why did they leave?” inquired the little girl.

There was some hesitation and a weighing of words. “Well….all was not well. There was rumour that the Great House was in danger of collapsing. Some said it was that the beams in the building were rotting, others that the foundations had shifted. Either way, all began to live with a fear that the roof would come down on their heads.”

“So”, one adult continued, “there had been a great exodus from the Great House. Some families tried to rebuild their houses to resemble this original home. Others wanted to avoid the inherent structural dangers of the Great House and opted for the accessibility and simplicity of a bungalow. Bungalows were easy to build and almost overnight dozens sprouted up all across the neighbourhood, and over the years they had spread and grown into the great sprawling neighbourhood of bungalows seen on the landscape today. 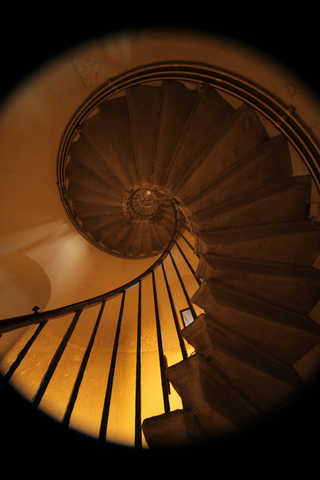 The child was satisfied with these explanations. She trusted the wisdom of her adults. She wouldn’t want to live in a house in danger of collapse from rot.

Yet as the days went on she could not forget about the Great House. She found books in the library that spoke of it, describing the elaborate interior of rooms and the vantage points of its upper stories. She learned about concepts like upper floors and attics, of balconies and spiralling staircases. Some days she would walk to where she could see the Great House. Its gables and turrets towered high over the sprawling neighbourhood of huddled bungalows.

At the same time she had no desire to leave the bungalow. She cherished the way people crowded into it. It was small but practical and she knew each of the rooms intimately. She did not want to show disregard for those who had raised her here or to dishonour the judgement of her forbearers when they chose to leave the Great House so many generations ago. 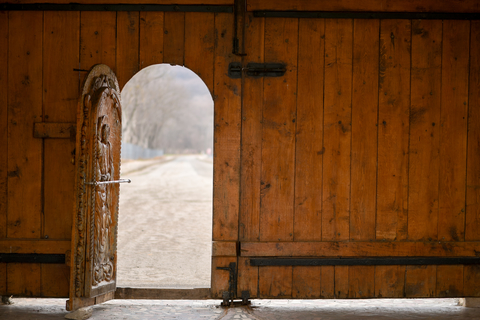 However, the day came some years later, when to be true to her heart, she walked straight up to the door of the Great House. She reached to knock but there was no need. The wide doors swung open. So it was that she found herself standing alone on the threshold, slowly taking in her multidimensional surroundings. No one seemed to notice her or at least no one paid her any particular attention.

From the inside it seemed not a house at all but a space of endless dimensions, one blurring into the next.

There were expansive rooms interconnected in every direction each charged with the energy of music and art crossing the full spectrum of human cultural expression. Gardens with animals, and beaches with tides, and cliffs with cascading waterfalls seemed not out of place. And everywhere an intermingling of people from every walk of life: kings and peasants and fools and artisans and farmers and writers and poets and architects and palaeontologists and astronomers and theologians and saints and revolutionaries, and even a whisky priest. Instinctively the girl knew these to be from every generation – both past and present and, could it be, from generations yet to come.

The Great House was full of activity but not in the boisterous crowded way that she was accustomed to in the bungalow where everybody knew everybody’s name. The coming and going here all seemed to be from a centre which in turn gave a sense of Real Presence to the whole. It was at this centre that all names were spoken and from here that all names were known. The child stepped tentatively forward. She wondered if the Real Presence would have a memory of her name. After all, it had been five hundred years. 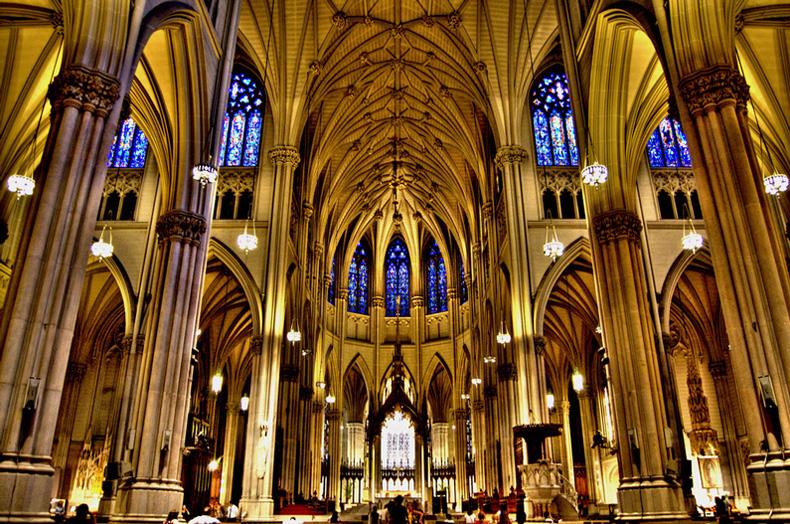 I am that child. I cherish my upbringing and roots in the Protestant tradition. And I suspect there are others like me who long for the Great House yet feel a deep affinity for the bungalow.

In Catholic terminology someone coming into the Catholic Church from a Protestant background isn’t “converted” to the Catholic faith. Rather they are “reconciled”.  I like that. It implies that the journey is not so much about loss as it is about recovery. Not so much a separation as a reunion. And like all works of reconciliation it implies a process.

In coming posts I will share my own process in the year long period of orientation and discernment that led me into the Catholic faith. If you are interested, stay tuned.