I’m letting go of the Jesus I love. Which makes it twice now.

Out-growing a religious skin is scary.  I panic. My instinct is to crawl back into the old. Sure it was too tight and left me feeling irritable much of the time but at least it was familiar (and with familiar comes familiarity’s close cousin: security).

Still, I’ve lived long enough to know that that shedding an old skin is not so much a loss as it is a gain. Let me explain.

I grew up in a world I would describe as gently yet thoroughly evangelical (I say gentle to differentiate from the hard-edged, moralistic, Bible-thumping evangelical traditions that people often flee later in life and which can leave them with permanent spiritual scars.)  My evangelical upbringing had mostly to do with where you stood in your personal relationship with Jesus. 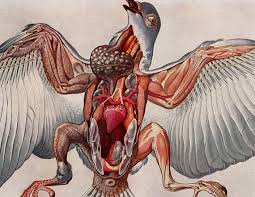 There is a story told in our family of one of my brother’s-in-law who as a youngster was disecting the carcass of a bird he had brought down with a slingshot. When asked what he was doing his reply was “Looking to see if Jesus is in this bird’s heart.”

When we were children where you stood on this matter was all important. It was your ticket off the sinking ship and into the next life, which we all learned at a young age, was the life that really counted.

I was a devout enough child. I had no reason to doubt what I was told by my adults about the value of, in their words, developing a personal relationship with Jesus.  I grew up going to prayer meetings with missionary aunties who would close their eyes, raise their hands up into the air and sing love songs to Jesus.  Never mind that my brothers and I would mimic them in jest afterward.

I did go forward once. It was during a religious rock concert at a highway church near Peterborough that my parents took my brothers and me to.  The drummer dazzled his audience with an instrumental rendition of Amazing Grace and while we were all on our feet clapping called forward those who were ready “right here, right now, to invite Jesus into your heart.”  My brother and I went up. When we got home everyone got a bowl of chocolate ice-cream to celebrate. 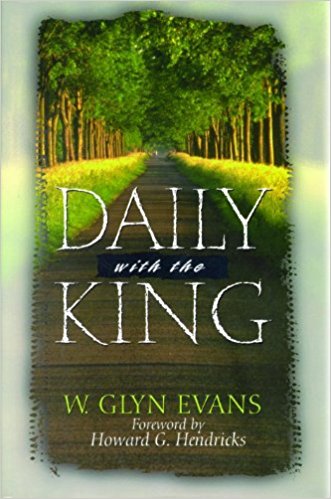 We were baptized soon after by a stout, grey-haired preacher with a thick Scottish accent in a Baptist baptismal tank with navy blue, velvet curtains. This formalized things.

My missionary boarding school encouraged morning devotions and gave us each a book called Daily With the King. I was one of a handful of keeners from my dorm who would get up before dawn and sit in the common room in my pyjamas to read the day’s reflection on Christian living with the accompanying prayer and Bible verse.  Each page would get a big checkmark with my bic pen when I was done. I had fuelled up for the day.

My love for Jesus was true. I felt an energy around it and aspired to be like Dorothy Day or Tommy Douglas or other such followers of Jesus who were concerned for the poor and for justice. So much so that I went on to study theology and to become a Baptist minister. I worked in a suburban church (where I wore a black clerical robe and drank wine and discussed justice issues) and two urban churches  (where I dressed in jeans skirts and cardigans and drank beer and further discussed justice issues).

Still, when I turned 40 I began to feel boxed in by my faith tradition.  As I’ve described elsewhere it felt like living in a bungalow in the suburbs peering out at look-alike streets through plastic venetian blinds.

So I moved.  Across the neighbourhood into the Catholic church. This was my first letting go.  I let go all the securities of my childhood faith and the evangelical Jesus that went with it. 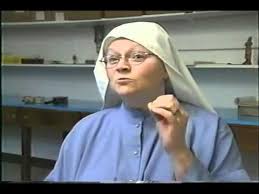 It’s not that Catholics don’t love Jesus. Of course they do.  But the emphasis in Catholic spirituality is different. Jesus is not so much your best buddy, the way evangelicals would have it. For Catholics, before Jesus is anything else, he is the Real Presence in the eucharistic.

So every time I go to mass and receive the host I receive the humanity and the divinity of Jesus. He becomes a apart of me. His suffering and his resurrection are absorbed at the cellular level of my existence.  All roads lead into the heart of this mystery for a Catholic.

Of course it has its funny side. Like the time a priest accidentally dropped the host during mass and it went down his sleeve and there was a great kurffufle at the alter in an attempt to retrieve it, and a murmur of snickering through the congregation.

Which is also, I believe, what has led me to the second letting go that I’m in the midst of right now.

The catalyst for this change has been the global climate crisis and a fast-growing community of ordinary people around the world (me included) waking up to what is at stake for our common home, the earth.

For me, to stand shoulder-to-shoulder with climate activists has meant standing alongside humans from every walk of life on this planet: indigenous peoples and children lead the way and everyone else follows – religious and secular and anarchists and grandparents and academics and poets and scientists and environmentalists and buffalo farmers and business owners and my two teenagers and black preachers and banjo pluckers and bagpipe players (to name only those to my immediate left and right).  Its an amazing feeling. 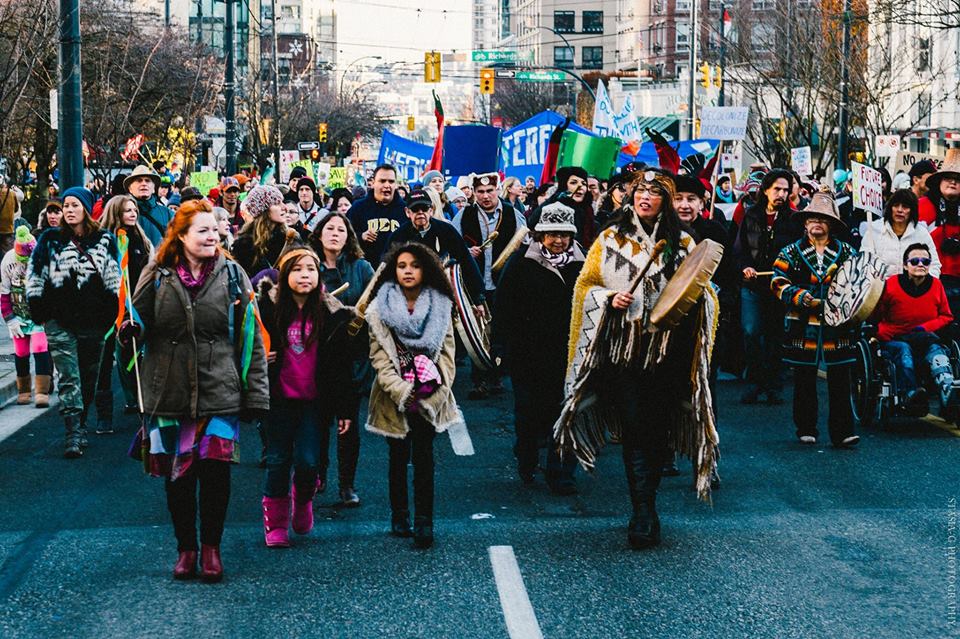 Religious differences don’t seem important anymore, superseded by a shared and urgent concern to rethink how we live and reduce our water and air of human-generated toxins.

I’ve always been interested in low-bar spirituality and recently made up the following creed.  I say it now (usually to myself inside my head) wherever I am to whomever I’m with: 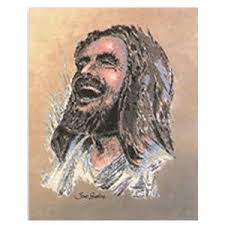 I like how it points to the similarities between us rather than the differences. How it joins who I am to who you are.

What’s amazing to me is that in the process of letting him go Jesus hasn’t become less but more. More human. More divine. More universal. More local. More accessible. Marching along beside us as brothers and sisters. Full of laughter, full of hope.

And as a result I find myself more deeply in love with the earth community and the earth that sustains us.  Maybe  to have its well-being in my heart is to have Jesus in my heart.

Maybe, when all is said and done, all I’ve done is come full circle.